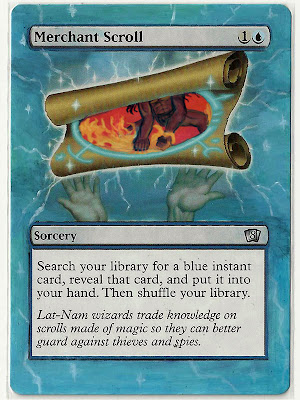 I have another Merchant Scroll to spoil, so I might actually experiment with it in the near future. But for that I should do a little research...so tell me, what is the mostly searched spell by merchant scroll in your case?
Posted by STsung at 5:03 PM