Ajani, Caller of the Pride alter

I was asked by Zdenek to alter his Ajani which he won at one booster draft. I said I would try it but that it does not need to end up good. The yellow color was alarming already. Yellow paints are a pain and I have to say that those I have are really bad. I have to come up with a way how to paint with them so they look ok and that the paint underneath is not so visible. 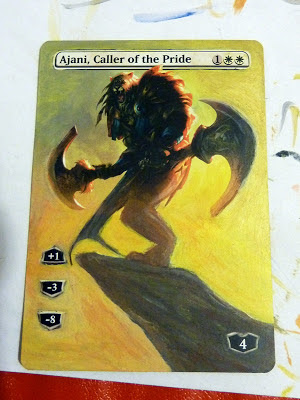 Magic: The Gathering cards and copics = not a good idea. 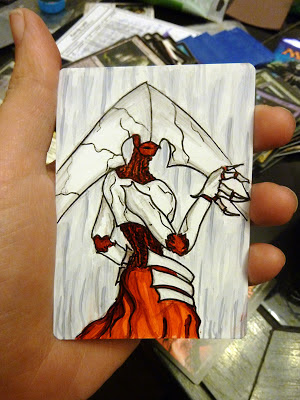 Playing with some colors... 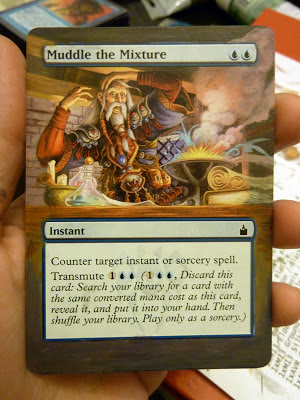 Posted by STsung at 3:24 AM No comments:

Last week I wanted to do a Birds of Paradise alter but the only one I wanted to paint on was Birds of Paradise from 8th edition. I took the card and tried priming it but something unexpected happened and I rather not want to talk about that. Anyway the card in its original state was in a bad shape as you might see in the photo below. 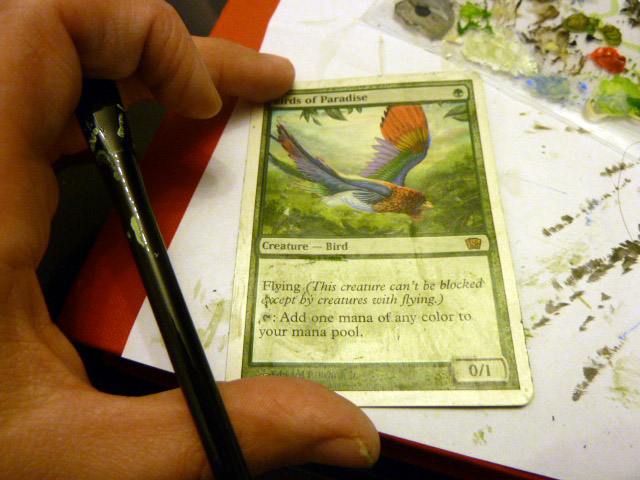 So it had to be a full art alter in order to cover the damaged parts of the card. There were few ideas I had in my mind - night scene, Ravnica city, snowy scene. Or I could do something completely different...At that moment I was staring at my painting of Mount Fuji and that's what I wanted to do. I also remembered that I've seen Mount Fuji BoP already somewhere (done by Gali or Galli?) and I used that as a reference. I tried my best, but I'm not satisfied with it and this time it won't probably change. I'll have to do another one later to improve my skill and be more satisfied about it. (or paint over this one) 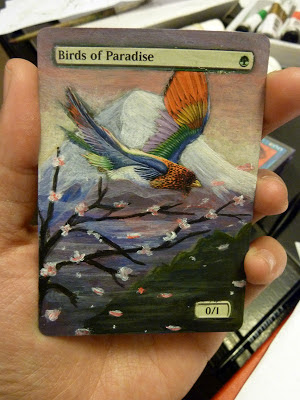 Posted by STsung at 3:16 AM No comments: