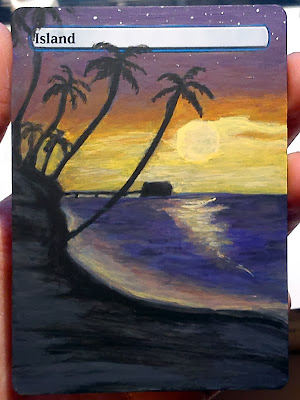 Posted by STsung at 1:33 PM No comments:

For several weeks I wanted to come up with a custom playmat. I wanted to draw/paint something I'd like but I just couldn't come up with an illustration I could use and I'm not good that good at drawing myself...But well something original would work as well but I couldn't come up with that either. So I was deciding between Kratos in a dashed style, Liliana of the Veil or Snuff Out Liliana. There were other possibilities as well. For few days I wanted to do a Legend of the Five Rings or Romance of the Nine Empires playmat but again I couldn't decide what I would like on the mat. I really like Shadow's Talon illustration for example but it's not something I would want on my mat. I'd rather have there some personality I like to look at (like Kachiko for example) or like (Agasha Kokiden).

I started browsing Legend of the Five Rings personalities (images) randomly and Susumu Kuroko showed up.

This card is really out of place...it reminds me of Planar Chaos in Magic: The Gathering but well with sets named Coils of Madness and Gate To Chaos..what to expect? Anyway I really like this personality and I also like the art. So I tried drawing that myself...Well as expected it did not end up looking as beautiful as the original art but in general it does not look bad^_^. Thanks David Horne for painting Kuroko. I really like the art. 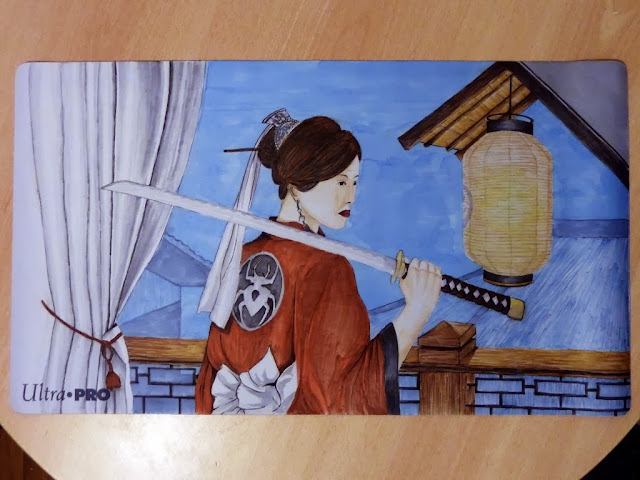 Posted by STsung at 3:15 PM No comments: